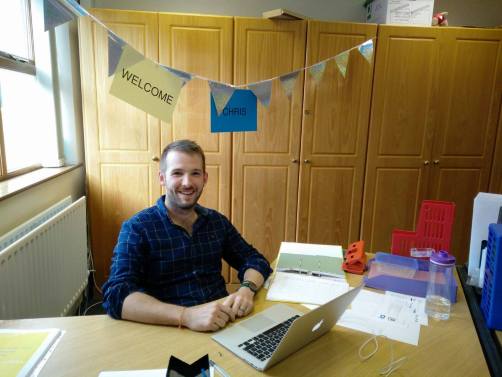 Chris Thompson is Ministry Support and Development Co-Ordinator with Youth For Christ, Northern Ireland. Previously he has worked for Waringstown Presbyterian Church and Prison Fellowship.

He told me about his most significant leadership lesson:

My most significant leadership lesson is that people matter and that leadership is about people.

He saw this modelled by his boss at Prison Fellowship.

He said … to me when I first arrived that this is a people ministry. And so how it was structured was that there was an office and there was a drop-in facility, at least people would have dropped in who would have been in urgent need in some ways. And so he would have said, you stop what you’re doing if there’s a people need – you stop what you’re doing and respond to it, no matter how important your tasks are. And he modelled it in the sense that he would have stopped what he was doing and have stopped stuff for days if needs be to respond to a need. So I learned then that the priority of leadership is people and to invest in people.

I'm a 60-something teacher and podcaster with a special interest in leaders and leadership. My work involves me in various Bible schools and colleges in Ireland and further afield. Married to Pauline, father, grandfather, and heart-attack survivor. View all posts by jsalanwilson

A series of interviews with leaders, for leaders, exploring the ups and downs of a leadership journey.